In support of the initiative proposed by SWEA, Ontario Immigrant Network is calling on the province to create an economic development fund specifically for Southwestern Ontario.

During the recent Ministers’ Forum at the AMO conference, finance minister Dwight Duncan gave his unqualified support to SWEA’s proposal.

Since then, the SWEA proposal has been adopted in the Ontario Liberal election platform. It is critical that this idea becomes a key election issue in Southwestern Ontario and that the emerging government implements it during the first budget.

Our municipal governments, with limited resources and capacity, have demonstrated considerable success in transforming the Southwestern Ontario economy by collaborating on innovative solutions at the grassroots level. Ontario Immigrant Network believes that these on the ground partnerships are the key to economic recovery, diversity and growth in our region. Only multi-year support for a development fund can insure the creation and success of partnerships between all sectors of the economy in rural Southwestern Ontario.

We believe that our supporters, as well as those that support economic prosperity in Southwestern Ontario, need to make this issue important and their voices heard.

For more information on these issues, please visit:

See you at the polls! 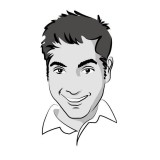 Want to level up your financial management skills? Head over to Flyapp.ca to learn more!